The first question that arises in a Battle Royale is, what is the best place to land? The new Warzone 2 is no different. Choosing the right location can make a difference for the rest of the match. So here you have the top 5 best spots to drop in Warzone 2.

This turns out to be an obvious choice. The huge city of Al Mazrah is where you will find more and better loot. There are also lots of vehicles there, including helicopters. The problem is that you will also find many rival players with the same idea. So either you’ll end up in the Gulag in no time or you’ll get plenty of equipment and money that will help you reach victory. The most recommended is to land in the northern area of Al Mazrah. To avoid the heavy fights in the middle of the metropolis. You don’t have as much loot at your disposal, but this way it’s easier to sneak into the city and surprise your rivals.

Another good zone to land in Warzone 2 is the Airport. Here is even the location of one classic CoD map, the Terminal. It’s a big area with a lot of buildings that hide a lot of money and contracts to give you a boost in the early game. Given the characteristics of the space when you land, you can easily see if there are rival teams landing next to you, so you are not caught off guard. Near the airport’s runway are two helicopters, so if you quickly loot the place then you can grab one of them’s and fly to another zone of the map.

It may not seem like it, but Al Sharim Pass is possibly one of the best places to land in Warzone 2. It’s one of the safest areas to start with and has some good high-ground locations, and definitely you want to have the high-ground on a fight. Most likely this is an area that will be inside the circles for most of the game. So you can loot the buildings more tranquility and find a good position to hide or defend.

Hydroelectric is a big area with plenty of good loot. And is in the center of the map so it will most likely remain within the circles for most of the match. With that in mind, you can try to hang in there until the end. It’s a strategy where you don’t make as many kills but it’s more guaranteed to reach the final stage, after all the main objective is to be the last man/team standing.

Finally, to end our top 5 best drop spots in Warzone 2, the choice is Al-Safwa Quarry. This too will be familiar to old CoD players, it’s a recreation of a Modern Warfare 2 (2009) multiplayer map. This is a location that is on the edge of the map, so it won’t be as many teams dropping here as in other locations. It is a wide area with several buildings spread out giving the opportunity for several rival teams to loot without confronting themselves. As it is on the edge of the map, it will soon be out of the circle. Luckily you’ll be able to move quickly to other areas as there are lots of vehicles there, and you can even go by boat. 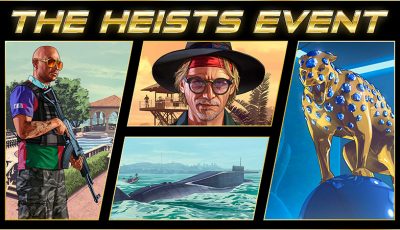